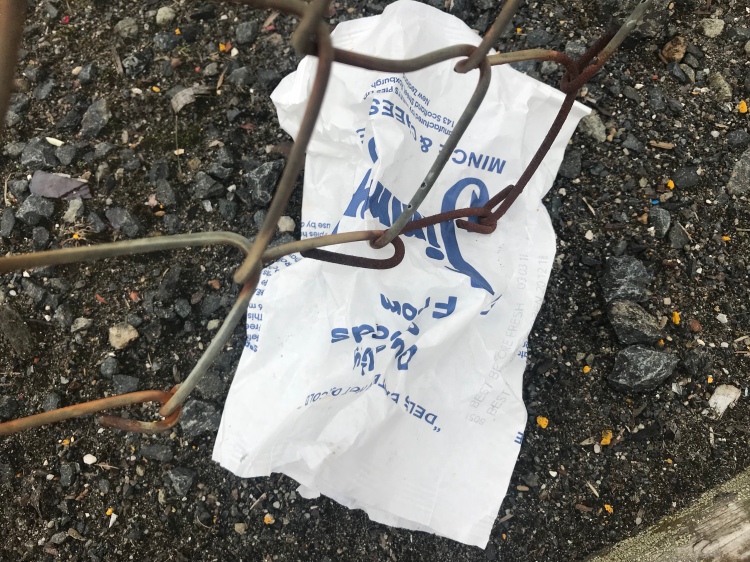 Looking to his immediate environment while following a psychogeographical model, Jay Hutchinson’s new exhibition, two cups and a Jimmy’s mince and cheese pie wrapper explores the familiar streets of Ōtepoti Dunedin, and in particular, the central industrial area of the Ōtakou Habour.

Through his long-standing interest in urban culture and his chosen medium of needle-work, as is seen in his 2006 exhibition, from textile to concrete at Blue Oyster Art Project Space, Hutchinson employs his immediate geography as a way of understanding it’s contexts and histories and the effect of such understandings on the individual.

Jay Hutchinson is a Ōtepoti Dunedin-based artist with a Masters of Fine Arts from the Dunedin School of Art (2008). He has exhibited through Aotearoa New Zealand, Australia and China. Recent exhibitions include; Loosely based on a series of events that never actually happened including a conversation and an argument with my sister circa 1988, Eskdale Gallery (2018); Across from the court, on the way to the mall, The Dowse Art Museum (2017); Turn left at the end of the drive, Enjoy Public Art Gallery (2016).